Get Off My LAWN

We are a low-drama, high fun alliance nomadically dispensing justice on those who are on our lawn (It's all our lawn.) We base out of space near you.

MEMBER DASHBOARD
The Battle of the Gnomes and Goons

The Battle of the Gnomes and Goons

Once upon a time in a faraway land, a powerful and noble Gnome leader named Exo4 led his people the Gnomes in a fierce battle against the evil Blood Raider pirates. Alongside Gnomes were the Goons, a group of brave warriors who were allies of the Gnomes and fought alongside them in the battle.

The Gnomes and the Goons were skilled fighters, trained in the art of combat and strategic planning. Together, they worked tirelessly to defend the Gnome lands from the vicious Blood Raiders, who sought to plunder and pillage the peaceful territories.

Despite their valiant efforts, the Blood Raiders proved to be formidable opponents. They were ruthless and cunning, using their superior numbers and advanced weaponry to overpower Exo4 and the Goons.

But Exo4 was not one to give up easily. He rallied his troops and led surprise attacks and ambushes on the Blood Raiders, catching them off guard and gaining the advantage.

Thanks to Exo4's leadership and determination, the Gnomes and Goons were able to push back the Blood Raiders and drive them from their lands. However, the victory was short-lived, as a new enemy soon emerged.

The Pandemic Horde, a group of evil sorcerers and warlocks, had aligned themselves with the Blood Raiders, and together they posed an even greater threat to the Gnomes and their allies.

Exo4 knew that he and his warriors would have to be even more vigilant and prepared if they were to stand a chance against this new enemy. And so, they trained and refined their tactics, determined to defend their lands and people against the Pandemic Horde.

After a long and grueling battle, Exo4 and the Goons emerged victorious once again, defeating the Pandemic Horde and establishing peace in the kingdom.

But Exo4 did not rest on his laurels. He led a diplomatic mission to the neighboring kingdoms, seeking allies and support in the ongoing fight against evil. And as the Gnome lands began to thrive once again, Exo4 and the Goons continued to train and prepare for any future threats that may come their way.

And so, the Gnomes and their allies, the Goons, lived happily ever after, always ready to defend their kingdom and people against any dangers that may arise. Exo4's bravery and leadership lived on, inspiring future generations of Gnomes to stand strong and fight for what they believed in. 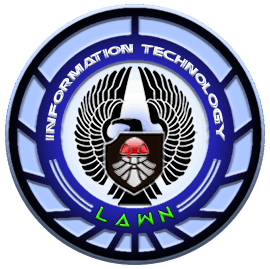 If you got a few extra bucks a month and want to help the alliance out where we really need it please donate to the server fund. The money you donate goes straight to the servers!!! Here is what your money will go toward and help with.

Check out the Patreaon site for more information about donating to help out with the server cost.